A few years ago I had read a post on the TEC Facebook group from fellow member Tyler Tyson about a short documentary film he was being featured in.  The film was created by Strawhouse Pictures based in Rock Hill South Carolina who have been making features and short films for over 10 years.  This documentary was filmed over a few days at Tyler’s home, and was showcasing his passion for pressed coins, how he got into the hobby and shows off his impressive collection of coin press machines. 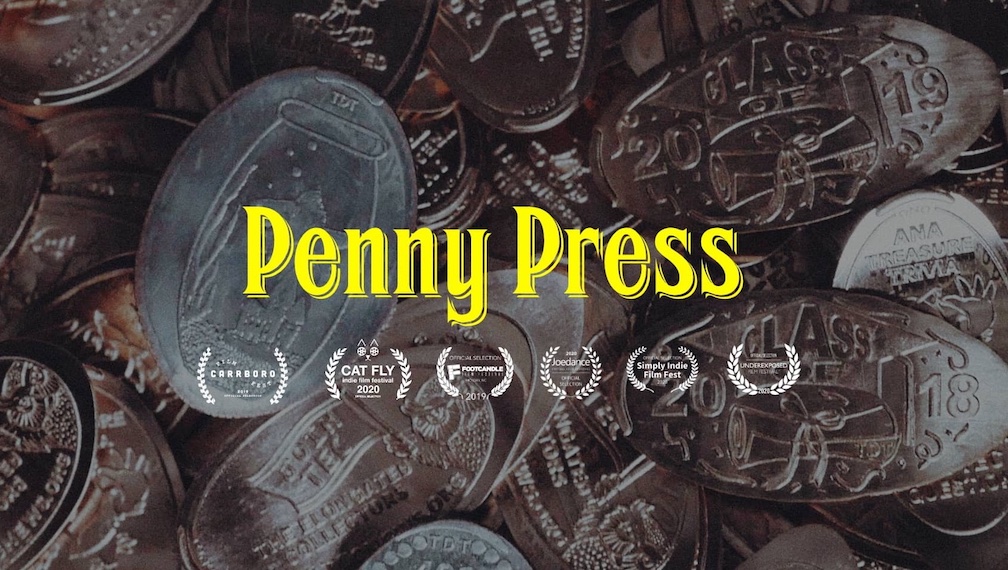 The film was released and shown in numerous independent film festivals around the United States.  I wasn’t able to see it in a theatre near my home, but it was eventually released online and I will admit I’ve watched it at least a half dozen times by now.

To held promote this special film and occasion, Tyler created the above pressed penny design which I just received as part of my TEC Membership.  Another perk of membership with TEC are the unique and very limited pressed coins you received each quarter with your newsletter.  This was designed by Tyler Tyson (current TEC Vice President and soon to be President) and Paul Conner.  It was engraved by John Gusmano and rolled on US cents by Tyler.

If you would like to watch this short film you can do so by clicking here.  It’s only about 5 minutes long and was really well put together.  Any time we can help share stories about our hobby is a plus and I’m always happy to share these with you.  Have a great week and Keep on Pressing!