I had just finished up finding a new penny machine over at the Wilderness Lodge when I received a message from a fellow collector that another new machine was at the Magic Kingdom.  A nice leisurely way to travel over to the park from this resort is by boat.

So I headed out back and thankfully didn’t have to wait too long before the boat arrived. 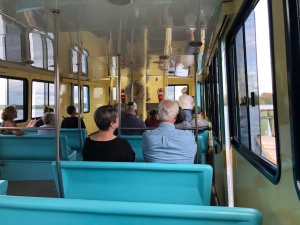 With the windows open and a nice breeze coming inside the boat it definitely is a nice alternative to the buses or even monorail if you park in the Transportation and Ticket Center lot. 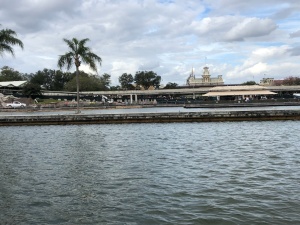 The boat will pass by the Contemporary Resort and then into Seven Seas Lagoon where it eventually drops you off right in front of the Magic Kingdom.

Once inside I headed straight down Main Street, cut through Cinderella’s Castle and found myself inside Fantasyland.

I had been told the name of the store (Fantasy Faire) where this new machine was supposed to be located, but for the life of me, I couldn’t think of where it was located within the park.  There are always plenty of cast members around willing to help and they even walked me right over to where it was located beside Mickey’s Philharmagic. 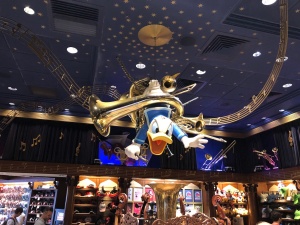 For those of you that may not be familiar with Mickey’s Philharmagic, it’s one of those 4-D movie attractions.  The premise is that Mickey will be conducting an Orchestra, but Donald gets a hold of the Sorcerer’s Hat and is dragged into some of Disney’s famous animated musical scenes.  Be Our Guest (Beauty and the Beast), Can’t wait to be King (The Lion King), A Whole New World (Aladdin) and a few more.  The scenes are all recreated in 3-D and you periodically are splashed with some water or scents are sprayed in your direction depending on what is on the screen.  I think this definitely needs an upgrade to the screen and the 3D is a bit weak, but the music is really fun and gets everyone in the theater singing along.  After the show is over you exit down a hallway back into the park but along the way, there is an opening to the Fantasy Faire gift shop.  Inside the theming continues with the orchestra and plenty of musical touches. 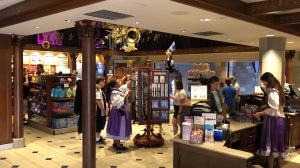 You can also get into this store without having to go through the attraction.  Just to the right of the Philharmagic attraction entrance is another entrance to the store. 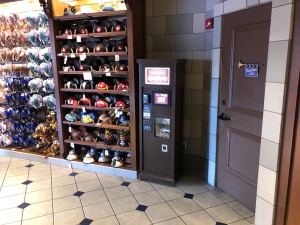 Over along one wall that is covered with Minnie and Mickey Ears was where I found the new penny machine. 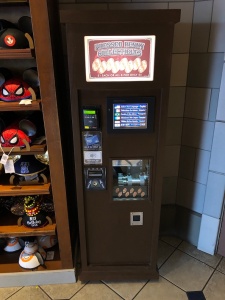 The only issue I ran into with this machine is that it’s located right next to a Cast Member door which opens out into the store.  So if you are standing a bit too close to the machine the door won’t hit you but does come close especially with the Cast Members coming in and out of the door.

The designs for this new set include all your favorite Disney characters like Mickey, Minnie, Donald and more playing various musical instruments.

This new set is cute but I wish it actually had the Philharmagic logo on them or just included images from the actual attraction.  But it’s still nice to have another new set of pennies for my collection.  After pressing the coins I jumped in line to watch Mickey’s Philharmagic and then grabbed a Pineapple Dole Whip before I headed out of the park.