Maybe this was something I should have held off on until we got closer to Halloween, but It was just too interesting not to review.  At the I-Drive 360 site I had left the main building and headed out back to a courtyard with various store fronts for your usual chains like Walgreen’s, and Ben & Jerry’s Ice Cream.  I had barely walked a few feet outside when one of the signs caught my eye. 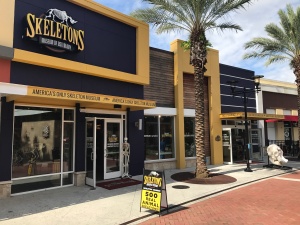 Skeletons Museum of Osteology.  With a strange morbid curiosity I walked inside and found myself in a gift shop.  Just inside one of the doors I found a penny machine. 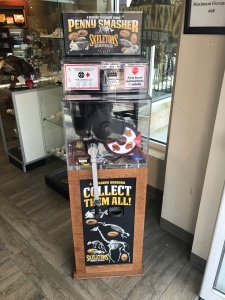 This style of machine I find more often than not, rolls most designs short, but these actually came out pretty nicely. 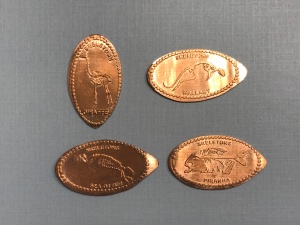 The images on these coins were as strange as this place.  They included as you can probably guess skeletons of a Giraffe, a Wallaby, a Sea Otter, and a Piranha.  I will admit the gift shop was interesting with some models, puzzles and t-shirts all with various skeletons on them but I wanted to know what was inside the museum.  Curiosity just got the best of me so I paid for a ticket and headed in the back. 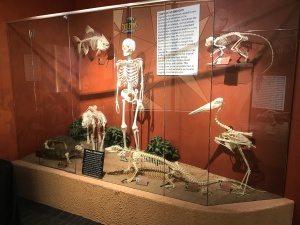 When I was a kid we had a history museum in our city that we would visit quite a few times during a year.  Mostly because I was obsessed with Dinosaurs, and that was the closest place that I could spend hours looking at Dino Fossils.  The Skeleton Museum had that same type of feel to it just with skeletons of any animal you could imagine. 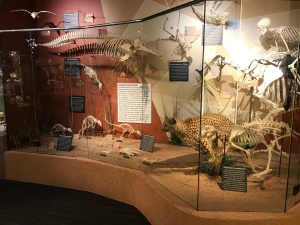 As you can see in the above picture there were exhibits with Cheetah’s, Horses and people. 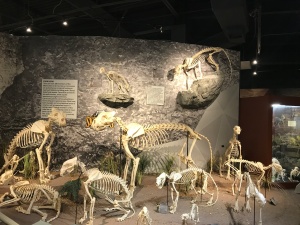 All different types of large cats of every different shape and size.  I’m not a snake fan, but there were some really cool skeletons of a King Cobra and a Boa Constrictors.  They were interesting but creeped me out at the same time and I had to quickly skip past before it came to life. 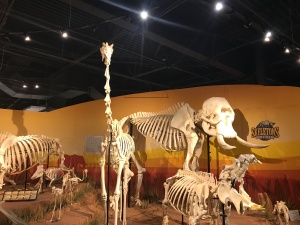 All the way in the back was some very large animals including a Giraffe, Elephant and Hippo.  The museum would around these different exhibits with similar groupings of creatures.  Eventually I made my way back towards the exit and just near the restrooms was a second penny machine. 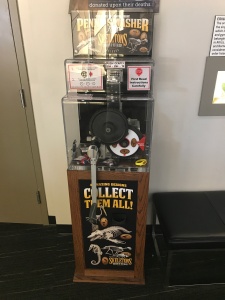 I didn’t ask at the front desk as the employee was pretty busy with customers, but my guess is that you can only access this machine with a paid ticket.  But the one out from in the gift shop can be accessed during operating hours free of charge. 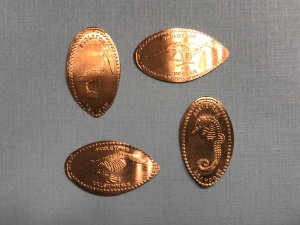 This second set of pennies had skeleton designs of a Pelican, a Cheetah, a Killer Whale and a Sea Horse. 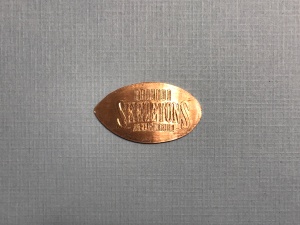 I forgot to mention that all of the coins from both machines had a backstamp on them with the Skeleton Museum’s logo.

After I had my fill of flesh-eating beetles and skeletons I headed out of the museum.  It was definitely a unique place to visit, but if skeleton’s are not your thing this is probably something to skip.  There wasn’t anything stomach turning inside, but sometimes skeletons are just creepy.  The museum had a huge selection of skeletons and lots of information about them and how they are collected, and displayed.  If you are looking for something different while your on I-Drive make sure to check this place out.