Continuing my day at the I-Drive 360 area I had just finished up with Madame Tussauds and had a few other places I could check out.  There was a small kiosk that would let me experience a 7-D attraction.  I have no real idea what that means, but the people seemed on the ride as I went by seemed to be screaming pretty loudly so I decided to keep moving.  All the way on the other side of the lobby was something more my speed. 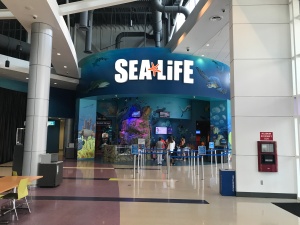 The Sea Life Aquarium was tucked into the back corner of the building but don’t let the little store front deceive you this place was pretty big inside and had a lot of exhibits. 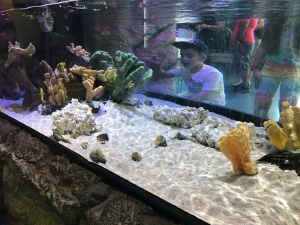 A nice little feature they had was tank just outside by the ticket window.  This way the kids had something to look at while you wait in line to buy the tickets.  The entrance fee was very reasonable and I always like to think most of it is going to help feed and take care of the sea creatures. 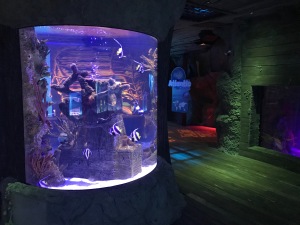 The exhibits throughout range from Amazon fish, to local creatures found just off the Florida shores. 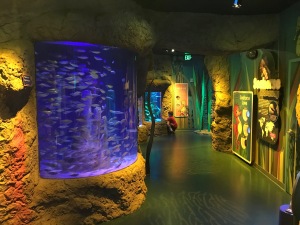 The tanks appeared to be all well-kept and clean, plus the fish were of all shades of colors which are just beautiful to look at.  There is something mesmerizing about watching fish swim lazily around a tank. 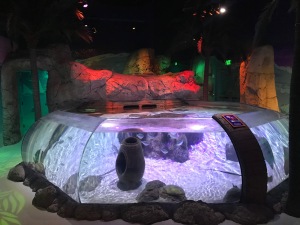 There were also some larger tanks for bigger sea creatures include sharks, rays and sea turtles. 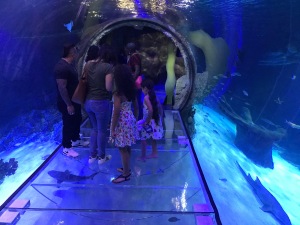 Another unique part of this aquarium is a large tunnel you walk through with the fish swimming all around you.  This can be found in many other aquariums but this one is different in that the floor below your feet is also clear, making is appear like you are actually in the tank surrounded by marine life. 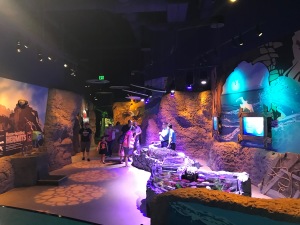 Another cool thing was a touch tank with some star fish, and other small sea animals that you can gently touch.  There is a staff member always nearby to help ensure the animals aren’t harmed, and I must say that is a constant battle as some of the children do get kind of rough with the poor creatures. 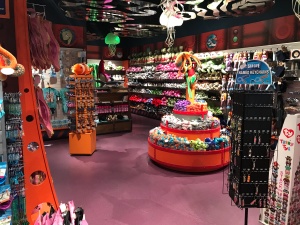 After finishing up all the areas of the aquarium I found myself back in another gift shop with the usual plush animals, t-shirts and things I just really don’t have room for anymore.  But in the area over near the cooler filled with soda and bottles of water was something I always have time and space for. 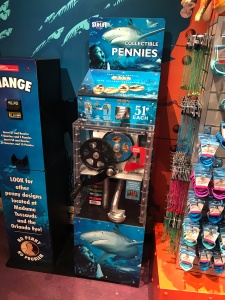 This four design hand crank machine has a nice cabinet decorated with sharks and a pretty blue color of the ocean.  You can kind of see it to the left of the machine but there is a change maker right beside it should you not come prepared with coins to press. 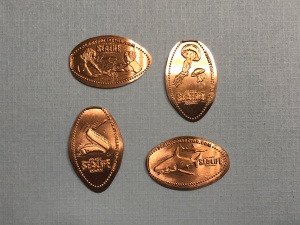 The set of pennies included The Touch Tank, Jelly Fish, an Electric Eel, and a Shark.  These designs are similar to other aquariums but I guess that’s to be expected with the most popular creatures always being available.  To make these a little more unique all the coins do include the Sea Life Aquarium logo.

I’ve definitely been in larger aquariums but this is kind of a greatest hits place.  It’s not too large but not tiny either.  It took about an hour or so to go through the entire thing and really spend some time at each exhibit.  With my pennies pressed I was off to check out another museum of sorts that I had never experienced before.