With the first half of my Gettysburg trip completed, and a longer than anticipated stop in an antique store I was ready … for some food.  I made a quick stop for a very late lunch and then made it over to my next destination. 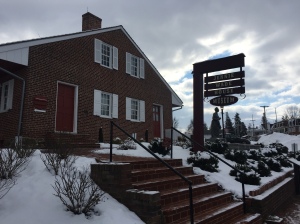 The Jennie Wade House.  For just a little history, Jennie at the age of 20 was the only direct civilian casualty of the battle.  This is the house where she was hit by a stray bullet on July 3rd, 1863.  They do offer tours but unfortunately when I visited they were closed for the season. 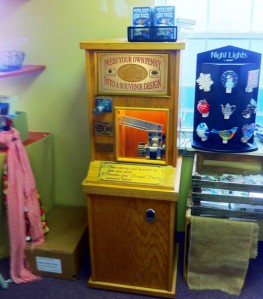 At the end of the tour you enter the gift shop.  This shop is available to anyone and do not need to take the tour to go inside.  At the back of the store is a one die electric penny machine. 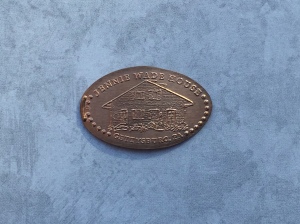 The image on the penny is an exterior image of Jennie Wade’s House.  Directly across the street was my next stop. 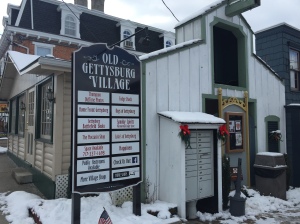 The Old Gettysburg Village is a collection of small stores that surround a central area that has a gazebo and nice little gardens (when there isn’t snow all over the place) for a quite place to relax. 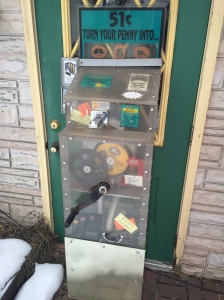 Most of these stores were closed during my visit, but the penny machine was available outside for use. 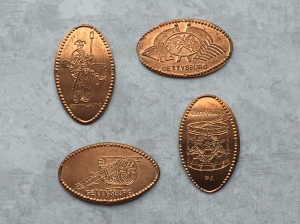 The four penny designs available at this machine were: A Civil War Soldier, a Cannon, United States & Confederate Flags, and a Military Drum.  With pennies in hand I packed them away with the others and headed about a block down the street to the Gettysburg Tour Center. 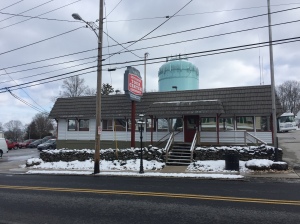 This place was also closed for the season as they offer bus tours around the battlefield.  I lucked out that there was someone inside and they allowed me in real quick to use their two machines.  Since the place was technically closed they didn’t have any of the overhead lights on and my pictures of the machines came out really dark so I’m not bothering to post them.  Guess I’ll just have to go back again sometime. 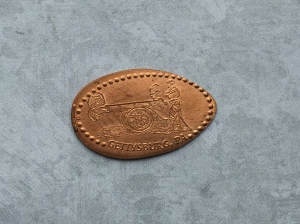 The first machine had one design which was of a Soldier firing a cannon with Gettysburg, PA across the bottom. 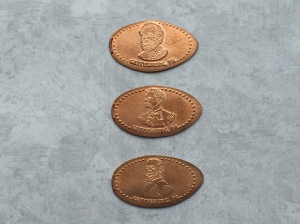 The second machine had three available designs that were images of General Lee, General Meade, and General Chamberlain.  Once I was done I quickly thanked the employee and let myself out.  The last stop on this particular street was again right across the street. 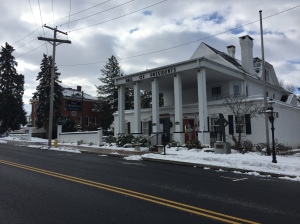 The impressive looking building was the Hall of Presidents museum.  Unfortunately like a lot of the places this time of season were not open.  I did send them a letter when I got home asking if someone could press the penny for me and it come back pretty quickly. 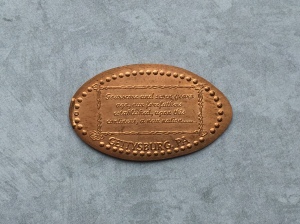 This penny has the beginning of President Lincolns famous “Fourscore and even years ago, our forefathers established, upon this continent, a new nation …”.  After finding out this museum was closed I started my way back.  Luckily as I mentioned in the previous post these machines were all located along two streets that met like a “Y”.  Back by the Old Gettysburg Village I was able to cut through over to the other street and only a couple blocks away was the Lincoln Train Museum where my car was parked.  But this was not the end of my trip, there were still a couple of machines left to find. 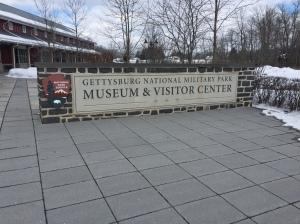 Just a few minute drive south I drove into the Gettysburg National Military Park Museum & Visitor Center.  This is a huge park with paths you can walk along and enjoy some fresh air.  Unfortunately when I was their it was cold so I just headed towards the museum but came across a familiar face. 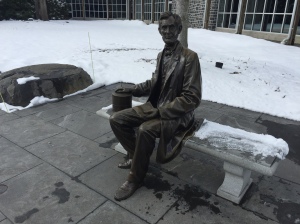 President Lincoln is an overwhelming presence here in Gettysburg.  With my selfie-stick nowhere to be found I wasn’t able to take a proper picture with the former President. 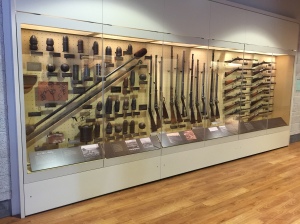 Inside the museum there are all types of artifacts pertaining to the Gettysburg battle.  There is an admission to visit the entire museum, but there are some small areas you can look at for no fee.  Just outside the theatre is their gift shop which has quite a selection of items for purchase.  Just near the one exit tot he gift shop I found penny machine. 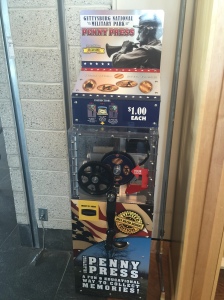 This seemed to be a fairly new machine, but all the images had 2015 listed on them.  It only takes dollar bills and spits out the design on a coin blank.  I will say they came out really shiny. 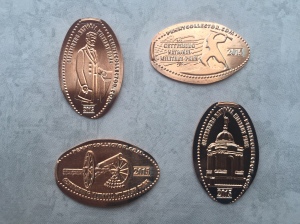 The images on the coins are President Lincoln, a Cannon, Part of the Museum Tower, and the Military Park’s logo.  After I was done the gift shop was calling my name again so I went back in to wonder around.  Towards the opposite end there was an exit towards where the restrooms.  I figured I may as well make a pit stop before hitting the road but just before I left I saw another penny machine. 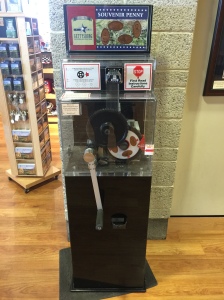 When I had done my pre-trip planning only the one machine had been listed as active here which is why this one caught me off guard.  Thankfully I had my emergency backup kit in my car with some extra coins (I wrote out this kit here, always be prepared).  I ran out to my car, got the change and came back to press a set before leaving. 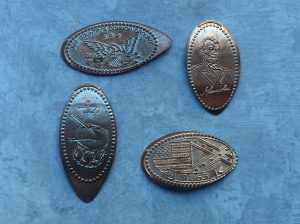 Two of the pennies rolled a little long, and the other two a little short, but the images still came out pretty nicely.  The designs included Our Country’s Common Ground, Abraham Lincoln, a Military Drum, and the United States and Confederate Flags 1863.  Back in my car I had only one more stop to make and thankfully it was in the direction back home. 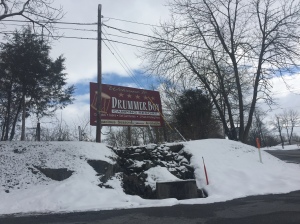 The Drummer Boy Camping Resort was only a few miles away and was right off the highway.  I took the exit and made my way into the woods towards the General Store. 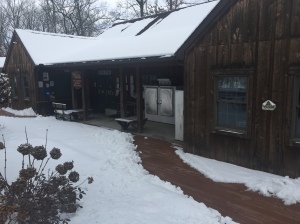 As soon as I walked in I was greeted by a very friendly women that asked if she could help me.  I told her I was there to use the penny machine and she walked me back to where it was. 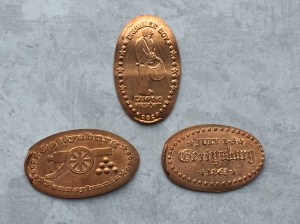 The machine had three designs to press: the Drummer Boy, a Cannon and July 1-3, 1863 Gettysburg.  I thanked her for her help and hopped back in my car.  My very short stop over in Gettysburg had been quite a success at least when it came to the pennies.  In the near future I hope to come back here and be able to spend more time exploring all the history and stories this place has to offer.

One thought on “Gettysburg, PA – Part 2”