Back on November 18, 1928 Mickey Mouse made his debut and things have never been the same.  Walt Disney has a famous quote “I only hope that we never lose sight of one thing…that it was all started with a mouse.”  If only Walt could see what has become of his little friend now I’m sure it would have exceeded even his expectations.

Now here we are celebrating his 90th birthday, and Disney has extended this celebration to all aspect of the park.  There are special merchandise, cupcakes, and even some special costumes for the characters.  But the most exciting release (at least for me) was that they had released five special Pressed Pennies. 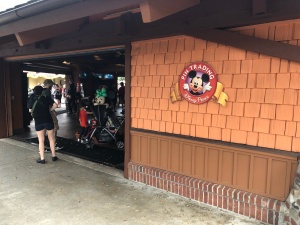 I just happened to come across the first penny as I was visiting Disney Springs.  My daughters have become obsessed with Pin Trading so I usually visit the Pin Trader store to see if there are any new pins they may like.  This is also a place that currently has 5 penny machines.  As I walked by one of the machines I noticed a new design.

I immediately pressed a few copies of the penny, took my pictures of the machine and posted them online for the collecting community.  Then we found out that there were other sightings of similar new designs popping up all over property.  So we now had a new plan for the day. 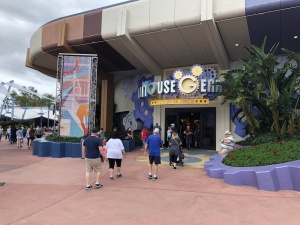 We then drove over to Epcot and into the Mouse Gear store which is where another collector mentioned they had seen one of the new designs. 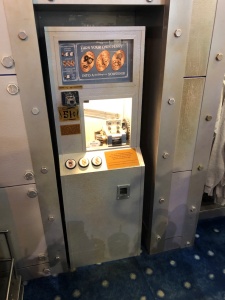 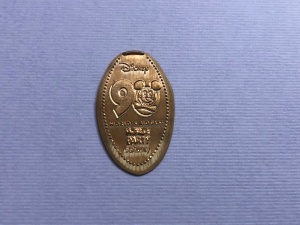 Sure enough the new design was added to the machine that has the dated 2019 penny from earlier this year.  This was another nice design with Mickey inside the Zero of the 90 for his celebration. 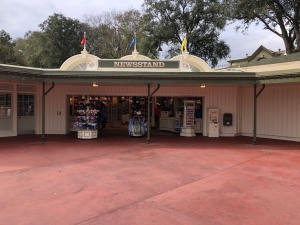 The next stop was just a quick Monorail ride over to the Magic Kingdom.  Rumors were there had been two new designs released here.  First was just after the main entrance to the park at the Newsstand.

This is probably my favorite design of the new set.  I always liked Steamboat Willie Mickey and we don’t get many pressed designs with him on it.  After using this machine we headed down Main Street and over towards Adventureland.

Just past the Skipper Canteen restaurant there is a store called the Island Supply.  Just before that is a place known as the Verandah Breezeway but this is basically where the restrooms are located in this section of the park.

Inside this area is always packed with people but along one of the walls is where the penny machine can be found.  The penny here had a new 2019 design with Mickey in the Zero.

The fifth and last penny was found the next over at Hollywood Studios.  Unfortunately the studios closes early  so it took a few days before I was able to get over there and visit the machine. 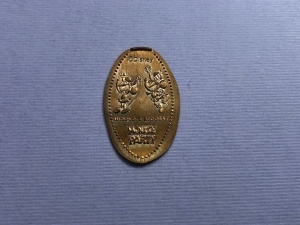 Back near the Disney Junior and Star Wars Launch Bay area of the park is a little place called The Studio Store.  This penny has both Mickey and Minnie looking like they are ready to Celebrate. 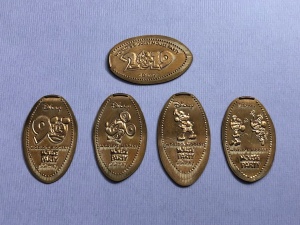 We have all kept our eyes open for any additional designs, but so far it’s only been these five.  They make for a nice set, and as always was fun to hunt around property looking for them.  As with the other 2019 coins these were located in some unusual machine locations, but that was all part of the adventure.

These pennies will definitely not be around too long so make sure you try and get a set before too long.  Over the next couple years there are lots of special anniversaries at the Florida parks so hopefully this is something they continue releasing to help Celebrate the magic of Disney.