It had been a long day and Hanna was quite the trooper.  We had visited numerous historical sites in downtown Philadelphia, but before heading home there was one last place to stop.  Located at Penn’s Landing was the Independence Seaport Museum. 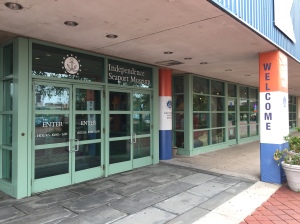 It’s a museum dedicated to the maritime history of Philadelphia and other ports along the Delaware river.  There is a parking garage nearby but be aware it is pricey as they charge the same amount whether you are there for 5 minutes of the first 2 hours.  Usually this wouldn’t have been a big deal as I would enjoy spending quite a bit of time here, but since we had already had a big day I was just planning on stopping by for a quick visit. 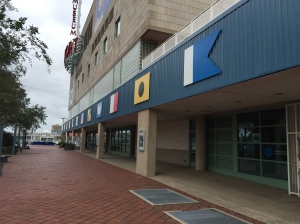 The outside of the building has a fun nautical theme.  With your admission to the museum you can also access two vessels outside in the river. 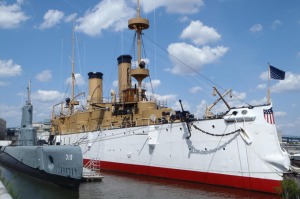 In the above picture on the left is the WWII Submarine USS Becuna.  On the right is the Spanish-American war era Cruiser Olympia.  I have gone aboard on a past visit to the museum and these are really interesting to walk through an learn about their history.  Unfortunately this time around we were just here for the penny machine located inside the museum. 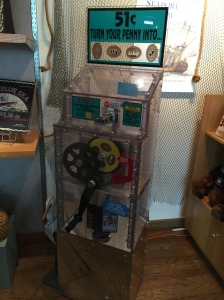 The last time I had visited the machine was located near the restrooms and is where I immediately headed to but it was nowhere to be found.  Hanna had already decided she wanted to check out the gift shop which ended up being where the machine was now located. 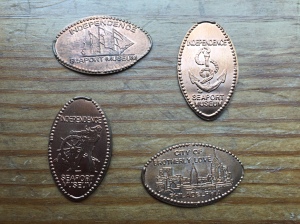 As pictures above the pennies pressed very nicely with only a bit of a short roll on one of them.  Each of the designs have Independence Seaport Museum displayed.  Forgive my nautical ignorance but I’m going to list the designs as simply: A Large Ship, Anchor, Sailor at the Helm, and the City of Brotherly Love.

We headed back to our car and Hanna pretty much fell asleep as soon as we got back on the highway. 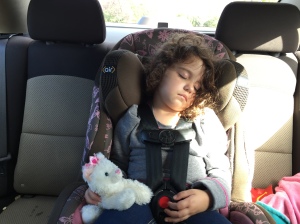 It was a great day, Hanna and I had a lot of fun trekking all over Philly and collecting a whole batch of new coins for our collection.  We learned some things about American history, Dinosaurs and Science and hopefully gave Hanna a day to remember.